The Dr Voice Academy ‘Artist Development’ course is a mentorship and expansion journey for upcoming artists. In a nutshell, the Academy Course aims to save artists fifteen years! It’s often said that stars are not born – they’re made. The journey between raw talent and seasoned performer has never been so necessary, important, or elusive. The Dr Voice Academy Artist Development Program now fills the gap left by old-school managers, labels and senior ‘A&R’ Executives. The Academy Program seeks to support and fast-track selected fledgling artists to develop their musicianship and vocal supremacy, in readiness for the real world… and a professional career.

As dramatic changes have beset the music and entertainment industries the competition between artists has never been fiercer. Gone are the days when record companies and managers would take on the gamble of developing prospective talent. These days, investors want to know what they’re getting… up-front. The people who whose job it is to turn a raw talent into a signable act are now the artists themselves! To attract great managers, labels, publishers, agents and promoters, artists have to be highly evolved first, yet many aspiring musicians still think that someone else will develop their talent for them, if only they could get spotted! So they’re stuck in a ‘Catch 22’ situation, and no one (it seems) is working in between, teaching them how to do it to the required standard … This is one of the most crippling beliefs an artist can ever have – yet it’s also true that most musicians lack the resources and knowledge to develop them to the next level. Traditionally, this has required the support and mentoring of people who have already been there, gained their battle scars, and learned the hard way Sadly, most artists who do figure things out often realize, too late… that they’ve realized it too late!

I didn’t know how to deal with success. If there was a ‘Rockstar 101’, I would have liked to take it. It might have helped me

So what can artists do?

While talent, dedication and personality are hugely important… there are strategic keys to the game – the elements that almost all successful artists have in common. It’s not about ‘hit and hope’. Successful artists see where they want to go and work back from that. For artists today, choices have become very important and time has become very short. That’s where the Doctor Voice Academy comes in

The Dr Voice Academy Artist Development Course is, quite simply, unique. The content is tailored to the individual with built-in flexibility to accommodate co-creative learning within a small and supportive group There are usually fewer than five people on the course, making this a highly personalized and exclusive experience that allows artists to grasp the maximum content in the shortest possible time

I’m always looking for something new. A new inspiration, a new philosophy, a new way of looking at something, new talent

The course will give artists a new awareness, a new confidence, and a new way of seeing the game

Blocks and Limitations that have been holding artists back will be broken through, allowing a new level of creativity and an awakening of the true Artist that we all have inside. This is done by being held accountable with very powerful proven processes and activities that have helped the likes of Sam Smith, George Michael, Pixie Lott and Jermain Jackman.

Vocal Tuition will be extensive and hands-on, delivered by the voice coach referred to by CNN International as ‘a global influencer’. Dr Voice produced Sam Smiths first demo album, honing the confidence and amazing tones that propelled him to stardom.

Exercises & Homework will be allocated to speed progress, The holistic and revolutionary Dr Voice approach allows clients to reach new heights of vocal ability, at a rapid pace. Dr Voice will expound the same cutting-edge techniques he’s already shared with his celebrity artists.

Business Modules will demystify the music business, replacing naivety with a new awareness and savvy. We’ll go behind the scenes to reveal how the industry works, why it’s actually there and importantly… what it’s always looking for! The fast tracks and pitfalls uncovered could save you 15 years of ‘hit & hope’, while blindly trying to get your talent out there. The reality is… no-one has 15 years!

Commercial Songwriting will reverse-engineer what today’s hit writers are doing to secure record deals, publishing deals and consistent success. Many top writers have actually been mentored in the ‘must know’ gems of the craft, yet a code of silence seems to exist. Now, we’ll take the lid off what’s really happening to create empowerment, understanding and the DNA keys of current hits. These skills and principles can then be applied any music style, from Metal to Pop.

Stagecraft and Charisma will explode and decode the hidden principles that all stars are using… and most ‘wannabes’ aren’t. There’s a difference between a singer and a star performer. There’s a distinction between a gig and a recital. In the entertainment business, singing is simply not enough. We uncover the principles, then work ‘hands on’ in an actual stage environment, bringing confidence, certainty and dynamism that is unique to the artist.

Mindset will be addressed as part of every module. As a huge undercurrent of the course, Mindset is perhaps the most important tool of all. Great altitude takes great Attitude. We reveal how successful people consistently think… and how can we harness this, to get the same results. The waiting game is over. It’s said that “Losers let it happen – Winners make it happen”. Our intention for you on this course…is to create new skills, confidence understanding and power… so now, you really can “make it happen”!

Dr Voice is no ordinary singing/vocal trainer. He’s a renowned expert in removing the mental blocks that can otherwise kill people’s dreams. His deep understanding of how the voice and mind work together, coupled with his influence in the speech and music professions, make him the go-to choice to help any student, from whatever field, achieve their goal. Over forty years ago Anthony Wade was desperate to sing. Not a natural singer, he felt compelled to learn the techniques that speakers, pop stars and soul singers used to achieve their unique performances. This led him to study how the voice works, and its connection with the human spirit. He then spent the next thirty years teaching other singers to get the best from their own voice: his ability to motivate and inspire people was soon recognized as an exceptional gift, and he has lectured and coached at educational establishments all over the world. He has worked not only in entertainment, but in the corporate sector as well, helping many become better public speakers. In doing so, he has amassed a wealth of experience diagnosing thousands of varied vocal challenges, and his methods quickly show a student just how powerful a singer or speaker they can become. As a former ‘wannabe’ who was advised not to give up the day job, Dr Voice works with a kindness towards anyone with ambition: his purpose is to inspire anyone wishing to make it to the top – whether as a phenomenal singer or an influential and effective speaker. His inspirational attitude towards life has connected him to all types of clients, from people who suffer with deafness to those with cerebral palsy – there is no-one he will not assist in their journey to become to best they can be. He has coached Grammy Award-winner Sam Smith, and one of his current pupils is “The Voice” winner Jermain Jackman – with an additional volley of others entering into “X Factor” and “The Voice”. 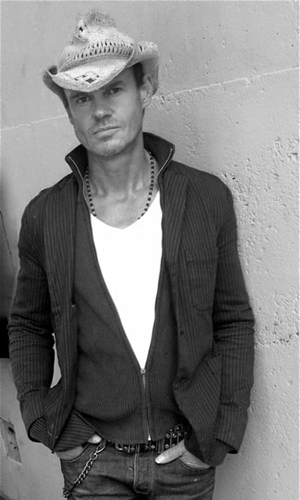 Colin Peel has over 30 years in the entertainment industry in the creative and business sectors. Since leaving Glasgow on the night bus, he’s been an artist, front man, writer, performer, producer, manager, and mentor. Colin has played on stages worldwide and appeared in movies and TV. He’s worked with some of Europe’s top writers, producers and managers and has played a lead role in London’s West End. As an artist, he has been signed to Virgin USA and EMI (amongst others), while as a music manager, he’s taken acts from bedroom to mainstream radio. Colin is proud to have nurtured careers that went on to write mainstream music scores and work with artists like Alanis Morissette, Ryan Adams, The Black Crowes, Tom Jones, and Kings of Leon. Colin’s greatest quest is simply to empower young artists with all the things he wishes he’d known at the start… or even a year ago!